Looking for new and unusual herbs to add to your herb garden? try winter savory. This tasty semi-evergreen perennial herb, latin name Satureja montana, has been used in food flavouring for over 2000 years. The Romans used it to flavour vinegars and sauces and they introduced it to countries across Europe. It was also used as a strewing herb to introduce pleasant perfume into houses before good drainage and sewage systems were invented! Culpeper’s herbal noted that it was a good remedy for colic. 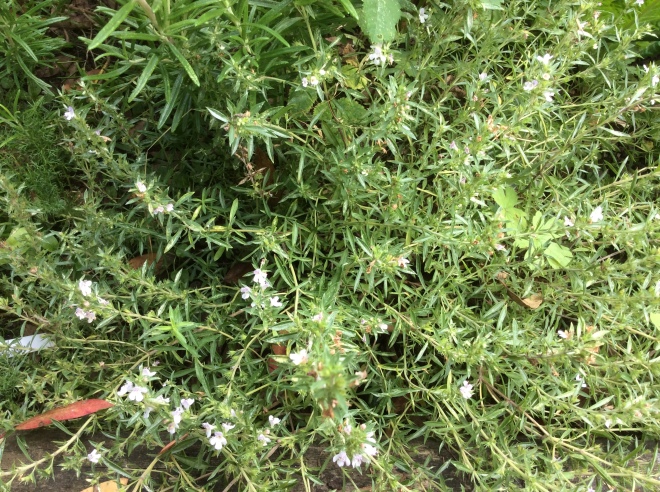 Today winter savory is used as a flavouring in the production of salami. In the US it is known as “the bean herb”. It’s flavour is really complimentary in bean dishes and it also avoids some of the “unsavoury” windy after effects of eating beans.

Another good tip for using this herb is that the leaves, dried and ground, can be used to season food and replace both salt and pepper in the diet. A real advantage for anyone on a low-salt diet. 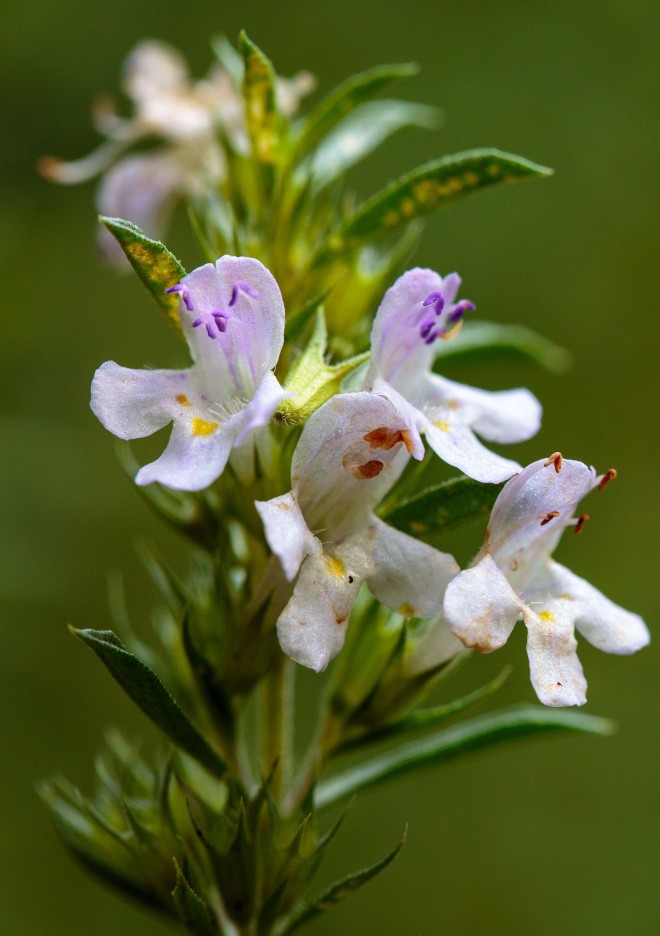 Once planted and settled in your herb garden, winter savory will be with you for many years. It may be propagated from cuttings to increase your stock. The photos show how beautiful the tiny flowers are when magnified.